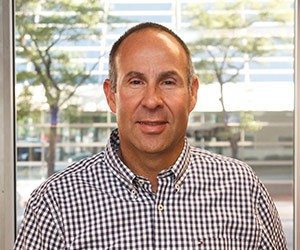 John joined BND Commercial as part of the Goldstine Knapke acquisition in August 2010. He began his career in real estate in 2008, when he joined RCI Development as a partner. Since that time the company has been responsible for projects that have helped revitalize Fort Wayne through the re-construction of a deteriorating city landmark into high end residential condos with office/retail usage and the creation of two premier sports facilities that bring in thousands of visitors to the city each year.

After graduating in 1983 from Purdue University with a Bachelor of Science degree, John worked in commercial and industrial construction for 12 years. He then started his own custom home building company, Bedford Homes, and served as president for over a decade before joining RCI.

John has co-chaired fundraising campaigns at his church and Concordia High School, his alma mater. He currently is a member of the Concordia High School subcommittee on Building Renovations and Expansion and is the president of the Anthony Wayne Building Condo Owner’s Association. John also serves as the varsity boys tennis coach at Concordia High School, In his spare time, John enjoys playing tennis, golf, snow skiing and traveling in his RV. He has three children.